The Why of Everything 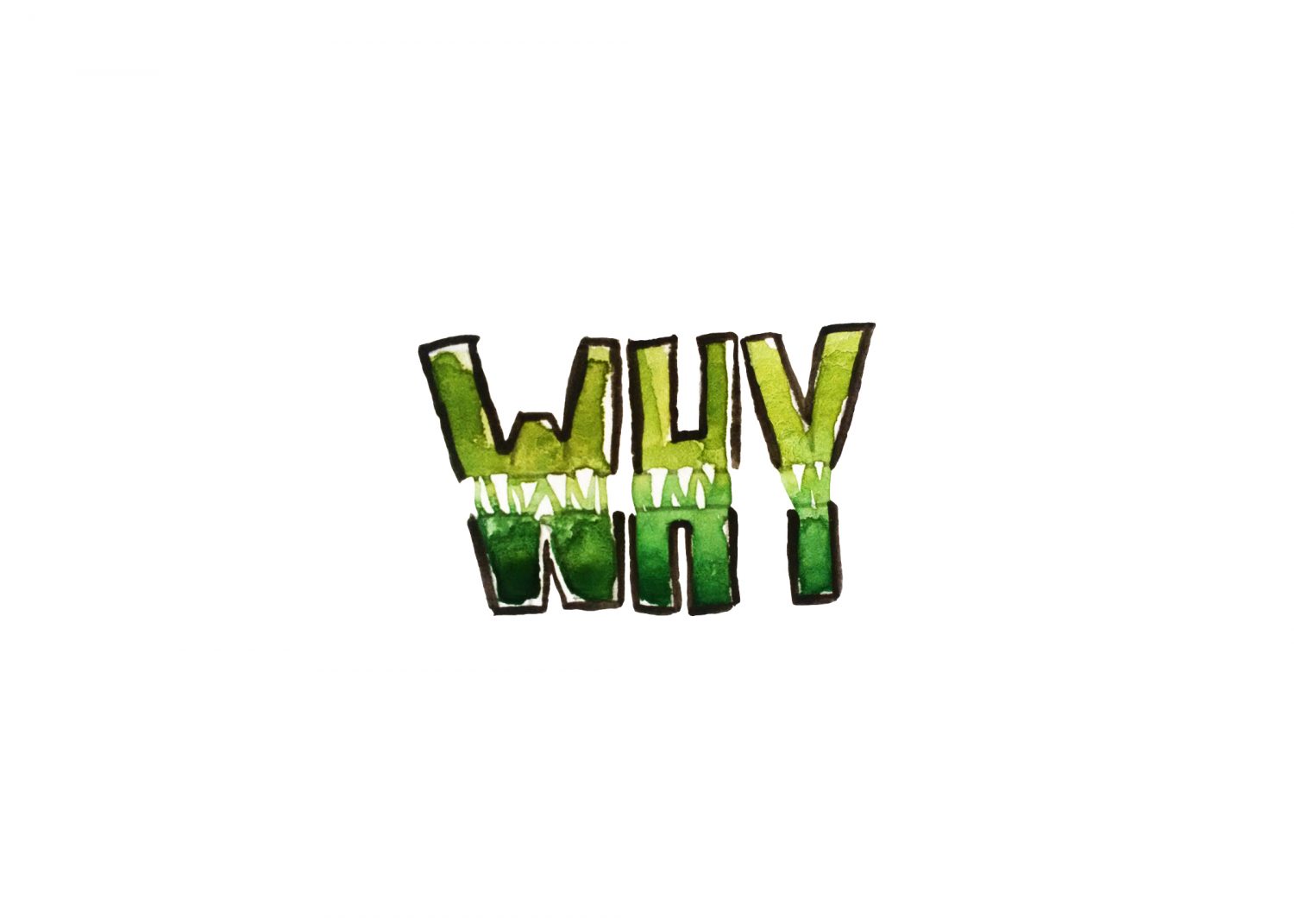 The army truck was moving fast that time, following the unending sharp curves of the road. A quick turn to the right and my hand grasping onto the railings tightened; a sudden swerve to the left and all the bags on the vehicle were toppling down on my feet. It was right after sunrise when I first saw the mountainous terrain that we’re on. The starlit dawn masked my anxiety that morning when I decided to hop into a truck full of armed soldiers in the first place.

Two long hours of sitting there, praying that I won’t hurl from the motion, I shifted my focus on those men in uniform holding on to their rifles. They were all quiet then, each of them sitting sturdily and gracefully swaying every time the truck moves, each of them fixing their eyes on the mighty green slopes of the land.

Should I be afraid?

Four years ago, fresh out of college and an ocean of paths to choose from, I never had a single thought of sharing a ride with military men, all the more “armed” military men. Back then, I was already comfortable living inside my little creative realm that the concept of it was not born. True enough, when people say “you will never know the future,” it is something to keep in mind all the time because we will never know for sure until the future becomes the present. 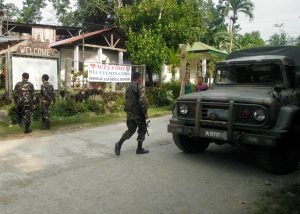 In movies and in various media shown, the military force scare me because there’s always violence involved in every way possible: shootings, bombs, tanks, machine guns, and fierce dogs. That was my perception then. Inside a testosterone-rich truck with their weapons as their wives, that fear was gradually building inside of me. Conversing with some of them while the vehicle was accelerating helped me alleviate my anxious state. But the thought of non-stop gunfire that might happen still remained in my head.

I was silent but my heart kept on pounding.

The recent news about the New People’s Army (NPA) killing two members of the Civilian Armed Forces Geographical Unit (CAFGU) in those specific areas that we passed by haunted me. It was only a few days ago that I arrived fresh from an out of town trip and there were now two dead people in one of the villages. I could not even believe it at first.

There was an article citing that the nearby city from where I am residing at present, was believed to be the “Heart and Liver of Terrorism” for the alleged planned attacks of the communist party to the military and the civilian outposts as their general plan of action. It is quite a surprise that the place that I chose to live in this year is terribly dangerous.

I am not afraid, though.

I have no reason to be afraid at all since those men in uniform I was with were there to protect me, to protect us, mere civilians hitching a ride for a bigger purpose that they too are part of. The truth is, that morning when we were swirling through the snake-road of the highlands, those men were keeping their eyes open for unexpected communist activities that serve as a threat to us. 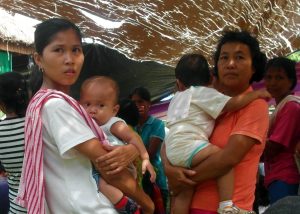 On that day, we were to conduct a Medical-Surgical-Dental mission in one of the communities which was pin-pointed as a “hot zone.” That simply translates to a high risk area. No wonder there were at least three army trucks tailing one another all throughout the journey. It is that important to keep everyone on sight, keep everybody safe to and from the site.

It took me one conversation with a concerned mother carrying her 8-month-old child for nebulization to realize how significant the merging of a non-profit medical team and the Philippine army was. She mentioned that their area extremely lack healthcare as they only rely on a single midwife that is present in the local health unit. She added that the doctor is rarely there to help them with their medical needs. It was the army that had identified the problem in the first place – that desperate need of the community for medical assistance.

True enough, the community indeed requires medical attention. During the course of the day, the makeshift medical area was flooded with emergency cases that even prompted one army truck, two armed men and two medical volunteers to rush the severely dehydrated pediatric patient to the nearest rural health unit which is more than an hour away. In midday, a 2-year-old child fainted in the corner of the counseling area causing a multitude of parents to panic. As opposed to the non-toxic dental and surgical area, the team served its last patient at around 8 in the evening.

Why do it when your life might be in danger? 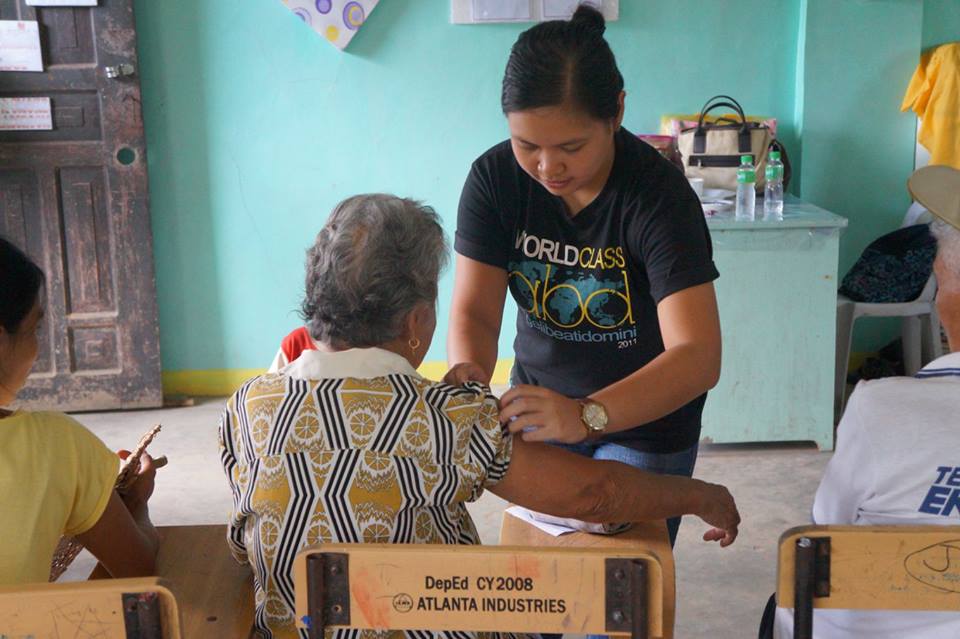 Photo Courtesy of Mr. C. A.

Despite the fragmented nature of my work, both online and offline, I make sure I could give more time to help underserved communities using my knowledge and skills acquired in Nursing, a career that I abandoned in search for a better purpose. This purpose is to freely extend health services to those who need them the most – for them to be healthy, for them to be reassured that they are not alone, for them to feel empowered, for them to realize their potential, and for them to get a boost for a greater life ahead.

A similar answer was uttered when I shared a cup of native coffee with one of the soldiers I was working with during a short break from the activity. When I asked him why he decided to enlist in the army, he simply said “to serve the people by protecting them.”

Dra. S. spearheading our team would always begin and end the Medical-Surgical-Dental mission with a heartfelt prayer that defines our purpose as to why we all risk our lives and that is ultimately to provide help to the community as instruments of the Lord, serving Him by serving our fellow brothers and sisters.

The little things we do to make a difference begins a whole new chain reaction of better things ahead: for the patients, for the community, for the volunteers, for the army, for the country, and for everyone. There are still a myriad of remote places that still require free health services like these to be offered to them. It takes an army of committed individuals to identify the stakeholders and make it happen. One good deed at a time, the partnership of the army and the medical team will go a hundredfold.

That quiet evening while we were embarking on a long journey back to the lowland, the same starlit sky greeted everyone after a tiring day’s work. The men in the army truck simultaneously wore their helmets and loaded their rifles in preparation for the many turns that we will take on the dimmed terrain. Their trigger-fingers snapped onto the side of their weapons and their eyes glued back on the road. It was like morning again but my heart was calm.

This site uses Akismet to reduce spam. Learn how your comment data is processed.